Contributions to reading research and SSSR 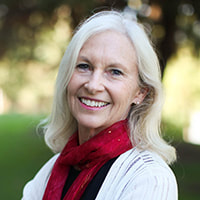 Carol McDonald Connor, Chancellor’s Professor of Education at the University of California, Irvine, and President of the Society for the Scientific Study of Reading died from ovarian cancer May 14, 2020. Despite receiving her Ph.D. relatively recently (2002), Carol established herself quickly as a major figure in the study of early reading. While her research spanned a variety of areas, she gained international fame for her pioneering efforts to tackle perhaps the most contentious and fundamental question in the field: what constitutes effective instruction for beginning readers, from preschool to fifth grade? Utilizing the most rigorous methodology and highly sophisticated statistical methods, Carol’s first discovery was that the most effective instruction depends on the pre-existing skill level of the child. While many scientists and practitioners had made similar claims over the years, Carol was the first scientist to definitively specify quantitatively the exact amounts and types of instruction children of differing skill levels needed to make adequate progress. But she didn’t stop there. Recognizing the practical significance of these child X instruction interactions, Carol set about to develop and test an instructional program (Individualizing Student Instruction, ISI), whose explicit purpose was to specify for each child the unique patterns of instruction designed to maximize reading growth. Carol discovered over a series of randomized control trials that individualizing instruction could be implemented successfully in regular elementary classrooms in America and in many instances, yielded optimal reading growth. On the basis of this early success, Carol, in collaboration with her husband Jay, received an IES Innovation Grant, and was in the process of scaling up ISI on a national level, when she died. Nevertheless, not only will the study continue under Jay’s guidance, but the legacy of her discoveries will be carried on in the numerous students, post-doctoral fellows and colleagues with whom she worked.

For her ground-breaking contributions, Carol was justly rewarded and recognized. She received the Early Career Contribution Award from The Society for Research in Child Development. She was a recipient of the President’s Early Career Award for Scientists and Engineers. She was honored by the American Psychological Association with the Richard C. Snow Early Career Award. Her research was enthusiastically supported by, among others, The National Institutes of Health, The National Science Foundation and The Institute for Education Sciences.

Carol was born on February 21, 1953, to Leo and Ann-Eve McDonald in Chicago, IL. She is survived by her mother, Ann-Eve McDonald, the love-of-her-life and husband, Joseph (Jay) Connor, along with their children, Jessica and Bill Hudak, Kerianne and Nick Lentz, and Patrick and Sarika Connor. And their grandchildren: Josephine, Lillian, Jacob, and Wyatt. Carol is also survived by her siblings: Lianne Mech, John McDonald, Kate Sergeant and their spouses and children as well as her beloved dog, Tally. She was preceded in death by her father, Leo McDonald.

I feel like SSSR owes Carol big time and pretty much literally because of her having been such an amazing treasurer. What I personally remember most is that she was diligent, immediately responsive, and consistently cheerful on matters that might have made the rest of us (read: me!) quite grouchy. She did due diligence to find SSR a good bank in which to invest and also considered other ways to invest SSSR money. She helped with all kinds of arrangements and payments. She took the job very seriously and truly I don't think we could ever have had a better treasurer. I personally am most appreciative of the fact that she was supportive of having held the meeting for SSR in Hong Kong. Many members were worried that this move to Asia for a year might make SSR poorer but Carol was enthusiastic and we actually ended up turning a profit. I went back through correspondences with Carol from 2012 and onwards and there were hundreds, all very helpful and professional. Because she dealt with all things related to money, she was in the thick of the entire running of SSSR including the preconference, dinner, awards, and general organizational details of all sorts. I considered her basically a jack-of-all-trades in her role as treasurer. I also know that she would have been a fabulous president and she really wanted to serve in that role. We owe her a great deal.

I remember Carol as an energetic, generous, thoughtful, all round contributor to the Society. I didn't know Carol before serving with her on the Board, although of course I knew her work. I have been a member of the Society since 1994 and over that time I served two different stints as secretary for different presidents before being elected VP and serving eight years on the executive. From that perspective, I saw the Society change from the original mom and pop shop to our current operation. Carol played a huge part in that transition. Not only did she pay our bills, she helped us move from keeping our money in a cigar box (figuratively) to thinking strategically and long-term about our finances. She got us an accountant. She initiated our investment accounts. I always felt we were safe in Carol's hands. But she served the Society in other ways, as well; she was unstintingly generous. I remember that she led a stats session at one of the student preconferences in Berlin or Montreal. She always agreed to take a table and meet with students at Breakfast with a Researcher for the past few years, and her table was always oversubscribed. And when she stepped down as treasurer, she mentored Penelope Collins, our current treasurer. I was delighted when Carol was elected VP; I knew she would lead the Society with strength, grace and compassion. The presidential address is always one of my favourite parts of the annual meeting. I am so sorry that we will not be able to hear Carol's.

I met Carol during our conferences over the years and got to know her more personally in our collaboration in the SSSR board. I was impressed by her sharpness, personality and passion. On every occasion that we needed input from the board, she was among the first ones to react. And every time she showed her pragmatic insight into matters of all kind, including finances, conduct, representation of members and scientific and societal relevance. On every occasion, she was able to make her points with great enthusiasm and with deep respect for the benefits of our membership. Her interventions during our board meetings were always sympathetic, thoughtful and well taken. I also came to know her scientific work in the domain of teaching and learning of children throughout the primary grades with a special focus of children with learning problems and children from low socio-economic strata. As a researcher she was also looking to integrate scientific insights and practical implications to optimize children’s learning. She was an expert in the assessment of learning needs, the development of instruction plans and the monitoring of students’ progress. All of this was proven via experiments and random-assignment trials, particularly with low-income children. As such she has not only contributed extensively to science but also to educational practice. Words cannot express my deep sadness about her passing away! It is such an incredible loss for her family, her friends, her colleagues and of course for our society. We will remember Carol with great respect and dignity.

Carol has been a significant presence in the society for many years. I thus first read and admired her works some years before we met and worked together. My first direct encounter with her several years ago was a rapidly- organised society finance meeting at an annual conference. There Carol swiftly helped to arrange very practical aspects of our finances to place them on a firm footing for the future, work we will be grateful to her for for many years to come. I was struck then by her proactive thinking, her analysis, her precision, and her pragmatic approach to getting the job done well, while also seeking consensus. To me this echoed my sense of her values that I had from reading her work. In her scholarly work, Carol wished to push the boundaries from not just pursuing excellence in applied psychological research but to drive real improvements in the lives of young people. She placed the individual variation children bring at the centre of her thinking and then wrestled with the complexities of scaling up effective interventions. These remain important applied questions. We shall miss Carol’s expertise here very much. More recently, working with Carol and the team in California, Carol was determined to put on a fantastic conference event, despite challenges. Carol clearly relished the opportunity to bringing warmth and hospitality to all who would have come. When we do hold our re-arranged conference in 2022, it will be right to celebrate her life. More generally, we will aim to bring the best possible conference plans for the next few complex years. Carol’s presence will be with us through this endeavour.